Dr. Sandra Vannoy joined the Walker College of Business faculty as a lecturer in the Department of Computer Information Systems in 1998.  She became an assistant professor in 2010, and was named Assistant Dean for Graduate programs and research in 2014.  Vannoy was promoted to Associate Professor and Associate Dean in 2015, and was promoted to Professor in 2019. Vannoy was drawn to Appalachian State University and the Walker College of Business because of its student focus and sense of community. Prior to her career in academia, Vannoy co-owned a small software and systems company and held administrative positions in the healthcare and banking fields.

Vannoy's teaching and research interests involve the role of information technology in organizational decision-making and social dynamics. Her research has been published in journals including Information Systems Research, Communications of the ACM, the Journal of Global Information Technology Management, and Social Network Analysis and Mining. Vannoy is a member of Beta Gamma Sigma and professional organizations including the MBA Career Services & Employer Alliance (MBA CSEA), Association for Information Systems (AIS), Association for Computing Machinery (ACM), and the Institute for Operations Research and the Management Sciences (INFORMS).

Vannoy has directed the MBA and honors programs since 2014, and has led the Walker College's graduate programs team to implement two new programs during her tenure as associate dean, a master of science in applied data analytics and professional education.  Additionally, she has implemented new research initiatives for the Walker College.  Most recently, Vannoy has spearheaded the development of a new online MBA program, to launch in Fall 2020. 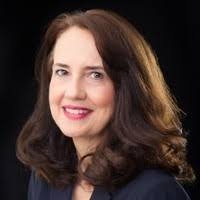